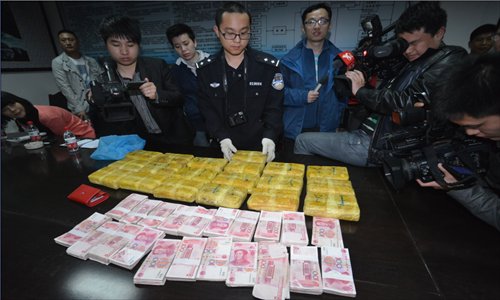 Police in the city of Bijie learned in early November that some suspects were transporting drugs from overseas. After investigation, police conducted an operation in early December and intercepted a vehicle at a toll gate in Qixingguan District.

Four suspects were caught on the spot and 39.4 kg of drugs were confiscated.

The suspects have been put under criminal detention and further investigation is ongoing.