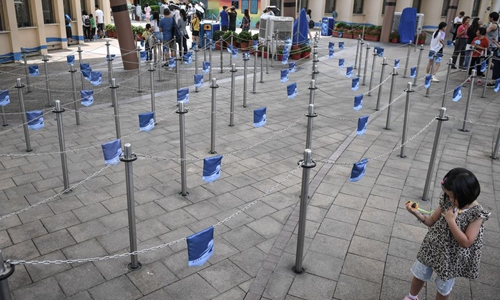 The queuing area at the ticket office of the Ocean Park in Hong Kong, south China, Aug. 20, 2019. (Xinhua/Mao Siqian)

In an annual report of financial results from July last year to June this year, Ocean Park’s visitor attendances remained stable at 5.7 million, compared with the figure of 5.8 million in 2017-2018 fiscal year. 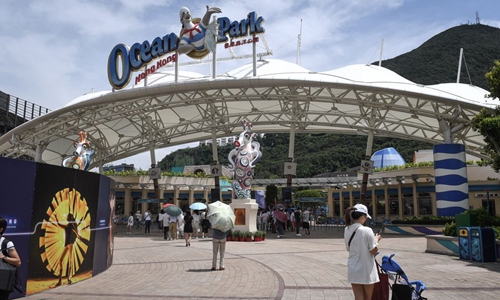 The resort said the net deficit was caused by investments on new entertainment projects, repairs and maintenance expenses on facilities damaged by Typhoon Mangkhut, as well as expenses associated with new infrastructure and facilities.

Chairman of Ocean Park Leo Kung said in the report that the resort was facing fierce competition and increasingly difficult market environment. Despite cost pressures, it’s mandatory for the park to invest in new infrastructure and entertainment offering to lift guest experience and maintain itself as an entertainment destination and tourism hotspot, he added.